When we think about an acorn we immediately think about food for animals, especially pigs. But did you know that this fruit, which is rich in proteins and highly nutritious, was considered by the Ancients as “the food for the invencible”?

How acorn was used along the Time

The acorn is the fruit of the Quercus species, like the cork oak tree, oak tree and the holm oak tree.

During the period of our history when we consumed only what we produced locally, this fruit was eaten in places where these trees are endemic, meaning the northern hemisphere, from North America to Japan.

The Lusitanos – the people that lived in the Iberian Peninsula collected the acorn during Autumn and then transformed it into flour to make bread. Like that, they could surpass the shortage of cereals in winter. The last time that this fruit was used to feed people was during the IIWW.

When Salazar, the portuguese dictator, decided to transform the Alentejo region into the big barn of  Europe, he chose wheat instead of acorn because it grows much faster. The acorn became then food for animals, mainly pigs, but also cows. From then on, eating acorn became associated to poverty.

The reborn of the acorn happens just a few years ago due to the dedication of the portuguese Chef Pedro Mendes. He loves the taste of this fruit, so he dedicated a few years of his life to study the history of the fruit and he wrote a book about it “The Reborn of the Acorn”.

An investigation of the Porto Catholic University helped to demonstrate the potencial of this fruit: extremely high nutricional level, rich in fibers and proteins (very appealing to vegetarians), its lipids levels are similar to those of the olive oil and it is gluten free.

The cosmetic industry is nowadays very curious about this fruit too because it is also rich in antioxidants components and water.

How to savour it

According to Chef Pedro Mendes the acorn from the holm oak tree is the tastyer because it is the sweetest.

The fruit has been used in recipes of custard tarts, bread, liquor, pies, cookies, chocolate, burguers, patés and even coffee.

Are you hungry? Book a gastronomic tour in Portugal.

You will not regret it! 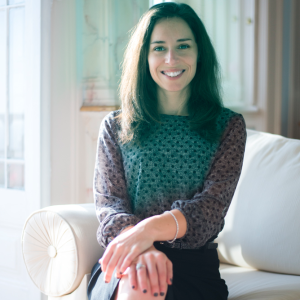